FacebookFind us on Facebook Google+Review us on Google + ContactContact Us 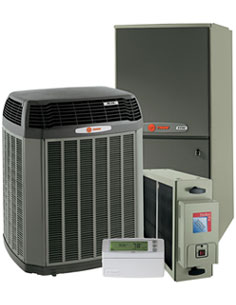 The Acme Air Conditioning family has been serving St. Petersburg families for over 60 years. From high-efficiency air conditioners to air purification products that remove pollutants Acme has the products and experience to make your home more comfortable.

The Acme Air Conditioning’s fleet of service vehicles are equipped and staffed with experienced technicians ready to service your a/c or heating unit to keep it running at its best.

We offer air purification and air filtration systems that can be installed to existing air conditioning systems or designed to be part of a new air conditioner installation.

The efficiency of your air conditioning and heating system is dependent on the quality of your ductwork.  Over time, the integrity of your duct system can fail, causing leaks and condensation. Whether from age, accidental movement, or pest activity, these breaches are a waste of energy.

If you've noticed a reduction of air flow, stains on the ceiling, or musty smell from air vents, you should have your central air conditioning systems’ ductwork checked. 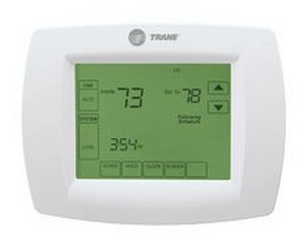 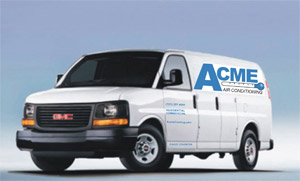 Acme Air Conditioning has been servicing Bay Area air conditioners, heaters and air purification systems for over 60 years. From a whole-house central ac unit or single-room wall unit, Acme has the staff and experience to keep you cool. 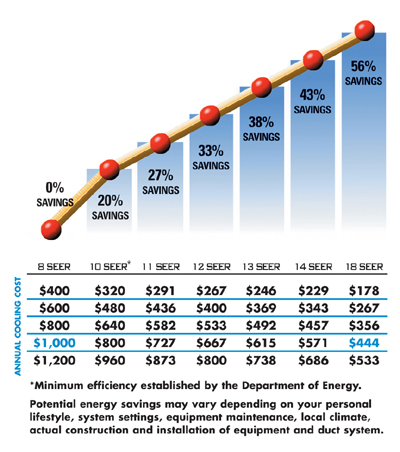 Today's air conditioning and cooling systems are much more efficient than those of just a few years ago. Using new technology to run as economically as possible and use less energy. Often, the energy savings of replacing an old ac system will pay for the cost of the system in just a few years.

Below is a chart that shows the energy savings of air conditioning units based on SEER (Seasonal Energy Efficiency Ratio) ratings, a measure of the efficiency of air conditioners as defined by the Air Conditioning, Heating and Refrigeration Institute.

The SEER rating of an air conditioning system is the cooling output measured in BTU (British thermal unit) during a typical cooling-season divided by the total electric energy input measured in watt-hours during the same period. A more-efficient system has a higher SEER rating, which translates into money savings.

We want to earn your trust for all of your Air Conditioning and Heating needs.  Please register for our free newsletter to receive a certificate for a Free Gift. 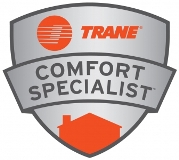 Acme Air Conditioning has been servicing Bay Area air conditioners for over 60 years. Whether you need sales or service, we have the staff and experience to keep you cool.

Read Testimonials from our Satisfied Customers.

Have some feedback after your experience with Acme Cooling? We would love to hear it. 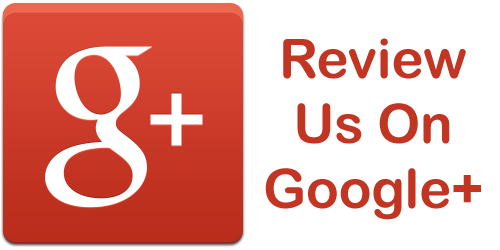